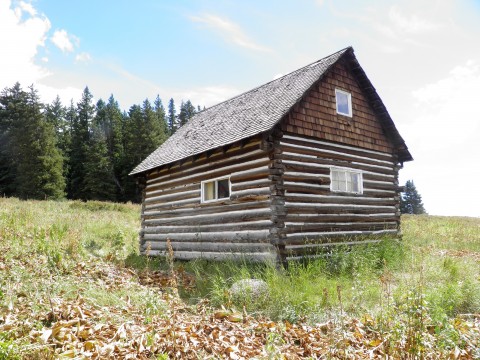 (Upon the occasion of a visit to
an old cow camp.)

These last few years I’ve grown right fond
of Cowboy poetry.
It’s sometimes rude and often crude
but it brings a smile to me. 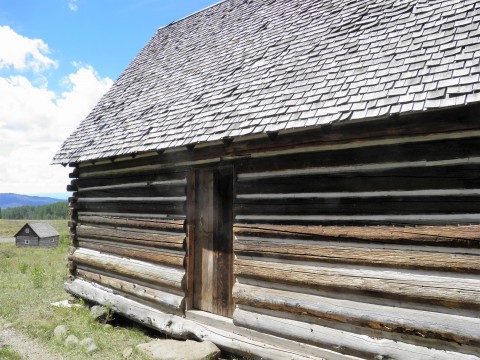 These guys would live far from a town
and tell a tale or two
of chasin’ cows and birthin’ calves
while eatin’ Hector’s stew.

They’d speak of Stinky Pete for sure
and often Cactus Jack
and though they’d never seen it,
that tattoo on Juana’s back. 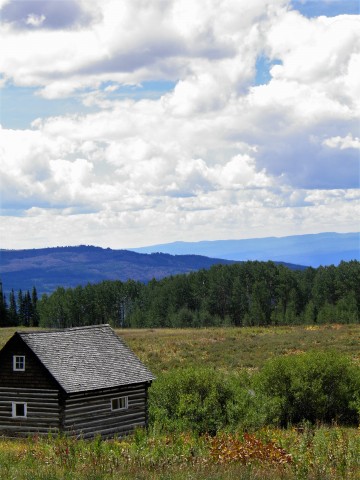 But when they found themselves alone
out on that dusty flat,
their horse and dog* just didn’t care
of Cowboy this and that.

They lived a life upon the range
or some lofty high plateau
for half a buck a day, and grub,
and a million-dollar view.

Raber Cow Camp is preserved on Grand Mesa as an example of what the old high-country cow camps were like. There’s a spring for fresh water and a couple cabins.  This is out on Lands End Road far from civilization and was last occupied in 1966 though it dates to the 1940s. The other abandoned cow camps on Grand Mesa have been pulled down as hazardous.

*The cowboy’s dog reference was inserted simply so I could post the following poem by Cowboy Poet, Bud Storm…not typical but I like it…

I taught my good dog Maggie
“Lay down” when I commanded.
I also taught her “set”
Whenever I demanded.
“I’ll teach her now to speak,” said I.
She labored to comply.
And when she learned to speak, she said,
“You twit, it’s ‘sit’ and ‘lie.'”