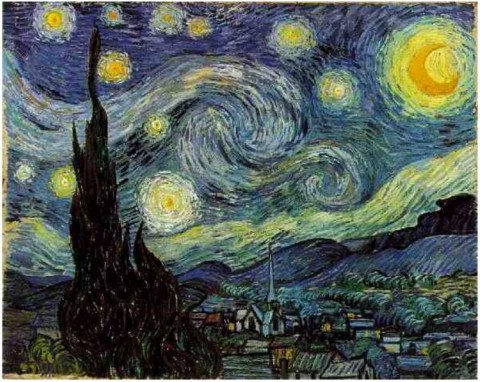 Speckling ideas, partial and fragmented, brewing in twinkle yet without spark. They’re more a hazy glint of thoughts that fade in and out faraway, sometimes flashing as a glimmer of something and then disappearing with the flutter of an eye lid.

Until that hazy glint grows and feeds the head with a heavy might. It whips at limbs that become tired and limp.

Tingling tangles of thinking, eyes darting in flurry as people look and stare. And then comes the squeeze within a vice of lead and excruciating dread and a body rippling and tensing in terse.

Clashing confusion and rumbling ruin, ranting and raving. He is, she was. You’re it, you’re not …

Words overflow in an electrical storm of despair and are hammered by floods of entwining and interconnected molesting vines. They meld as a mash of mess spiked in diamonds tainted in venomous credibility. They shred through everything but understanding.

No sense of semblance, just mad irrationality shared with rationality, spewing fire and ice in bursts of hate and desperation, gasps in bated breath … roaring and ripping into everything and everyone in its cyclonic wake … It’s too much. End it now!

And with that comes a release, an excretion of toxic waste that erodes at the soul of essence.

The crescendo tumbles, spiralling down, down to flat as grey.

The electric storm of fire and ice dissipates and the free-fall-to-nowhere ride funnels into a black hole. All that remains is a gentle reverberation.

Quiet after the storming ride. For now.

Let me take you on a run 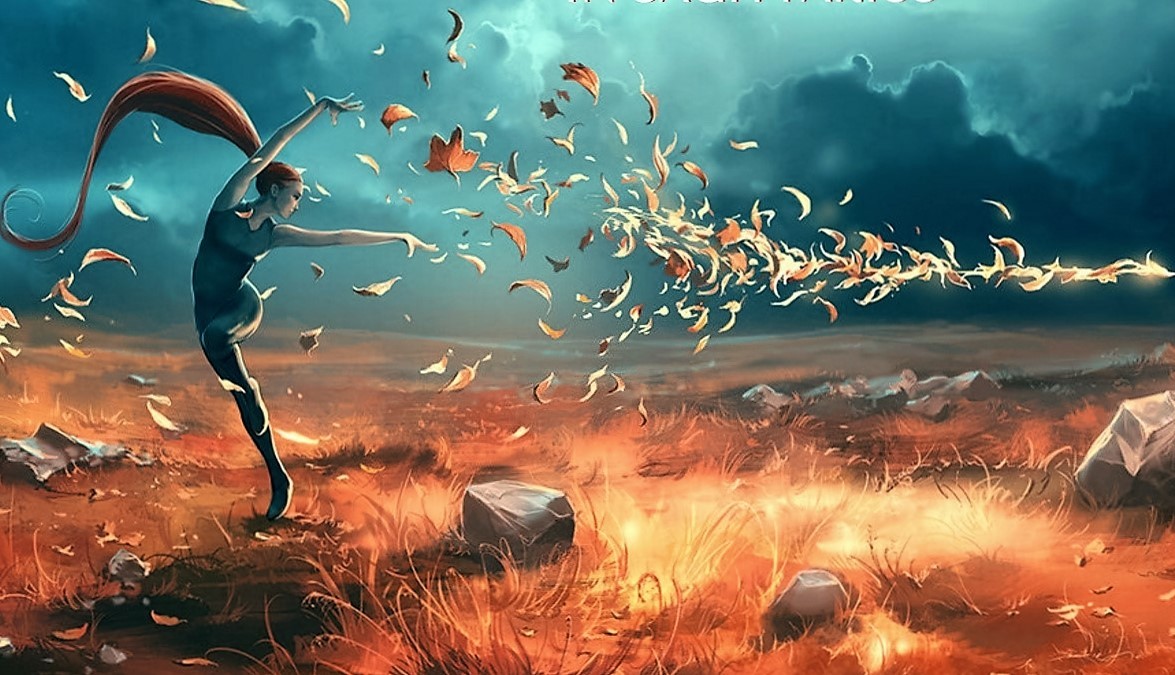 The same bitumen road greets my warm up walk to the roundabout with the double-storey house on the corner - my cue to start running. My feet and hips are clumsy at first, a swagger to an out of tune country and western song. My right arch begins to burn and I wish my foot would settle into these runners that aren’t new anymore. Under power lines swaying with little sparrows I stomp, past sleeping homes with gardens of fan palms and cacti tinged in an early morning dew and native trees filled with birds squawking and chirping in chatter. Nothing else stirs, not a single car travelling between home and work or school, not during this Christmas break.

My jarring knees feel the stress of my weight and remind me of the few kilos I’ve gained since I stopped running two and a half years ago because of lower back niggles. Back then, running up to 15 kilometres at a time was the norm. Then one morning a couple of months ago in the midst of Spring and after being cooped up swimming and practising yoga indoors, I laced up my runners without thought or plan and took off. That exhilaration of freedom was addictive and I've been running ever since.

Across a road I stride and down a small street lined in old red brick and modern homes with backyards of parrots devouring apricots and peaches, around the corner from where my ‘second mother’ once lived. The term ‘in-law’ does no justice to her love or that of the family that accepted me as theirs many years ago. I missed her this Christmas. She sat on my deck last year, eating Christmas lunch beside Mum and the family. I almost destroyed the Poinsettia she gave me for the table. I’ve never been very good with pot plants and thankfully after rushing out to buy a top strength fertiliser, the plant is shooting nourishing new growth, a sign of things to come I hope.

A heavy breath to release, although I’m not sure what’s being released. Something is shedding. I feel lighter. My breath relaxes into a steady pace as I cross into another street, not gasping at all, just steady and in rhythm to my feet.

The hum of a car behind alerts me to my surrounds, the first for the morning. It passes from behind me on the other side of the road. I always run to oncoming traffic to be sure of what’s coming at me, particularly because I don’t wear my spectacles when out running. Speaking of which, I double back as I miss the street sign that takes me along the top of the river bank.

Doves coo, wattle birds shriek to screeching galas. Green all around me now – grass and eucalypts, wattles too, and tiny plants surrounded by plastic rabbit protectors. Eucalyptus on a fresh morning always smell good, like an invigorating, lemony cough drop. In summer though, that green dries to spindles of ideal fuel, as we’ve just seen in the Christmas Day bushfires down the coast. Over 100 homes lost and the fires are still burning. Wye River down there has always been a favourite of mine. I’ll live there some day.

Running cleanses me, even when I catch a whiff of red sauce cooking in someone’s kitchen and I imagine a grandmother in her dressing gown preparing pasta for lunch for her grandchildren, as my mother does. Running clears my head, blows the cobwebs of thoughts from deep crevices and clears blockages. Insights can be amazing.

I turn a corner and swerve into the middle of the road to pass the blue-hulled boat in its trailer hitched to the back of the grey four-wheel drive. Three fishing rods stretch up high from holders strapped inside of the boat. It’s always there, parked on the road side, sometimes in a cloud of sea and salt. A dog inside the house barking a string of ‘don’t come in here’ from behind the window is always there too.

My breath quickens, yet it’s still at a comfortable tempo without first run gasps and the dread of collapse from not being able to run any further. Around another corner and a vacant block of land lined by the stark pale grey of a new concrete path, inviting me to run on it - no chance, not with these knees!

This could be my last run for the year, unless I’m lucky enough to squeeze in one more on New Year’s Eve. It’s been a year, one that allowed me the chance to work with great people, two in particular who are warm, strong, caring and astute with a thinking of challenge and understanding, one of which is acting for me and my writing. Two great wins this year, akin to finding two needles in a haystack!

Two cars pass by. This part of the world is waking. Up an incline and my breath turns to panting. Sweat dribbles into my eyes and blurs my vision - as if I can’t see already! An open hand wipe clears away gathering pools of wet.

Around another bend and I’m almost at St Thomas’ and three quarters done. Marriage equality was hot this year, and so it should - love is love after all. Australia, you’re falling behind.

My knees ache. It’s such an oxymoron at this point – tiredness thumping in, yet a mind still cleansing, purging. Keep going. Not long to go. Need to be fit for travelling next year. It’s good for my health too. Helps to recover from any unexpected illness, like my skin cancer this year. That was three months of recovery and no activity and feeling like a caged lion, and dealing with the mental anguish of that ‘C’ word. Panting. Keep going. Just like the Syrians and so many others fleeing their homes. They kept going. Such determination and fortitude, such contrast to the gluttonous talk of greed and ego and futility of mass shootings. My pace quickens without effort.

Two utes turn from the next corner, on their way to work with tools and a wheel burrow stacked in the back. I’m almost home, where another driver has recently entered the household, just when two young men distressingly left theirs after a tragic car collision. Two others in the car are in hospital, one in a coma and the other, with a broken leg and back. Such loss of young life, such grief of families makes the reality too real, life too fragile, especially when my young men are friends of these young men.

Heat sets in and I’m beginning to roast. Keep going. Not long to go. I’m conscious of my head and shoulders falling forward and the sweat pouring from my head and face, down my neck and onto my chest and back. Straighten up. This planet is roasting too and thankfully, the summit in Paris on climate change has seen countries come together to address it. Whether you believe in climate change or not, it’s a positive to be looking after our planet. Poor Paris, it has had its own enduring year.

On the home stretch now, my street’s in sight. Keep going. Be fit. A slight gasp. Two more driveways ... and home, just as the sun rises over a terracotta tiled roof. Gasp and gasp, hands on hips to hold me up.

An enduring run after the excess of Christmas, after the year that’s been. The next one will be better. They generally are. Best wishes for your 2016 year.