Follow author Add as friend Message author Subscribe to updates from author Subscribe via RSS
Stephen is a playwright and author of The Marriage of True Minds, The Island of Always, Painting Sunsets, A Transcendental Journey, and Funny Thing Is: A Guide to Understanding Comedy

How Plays are Written 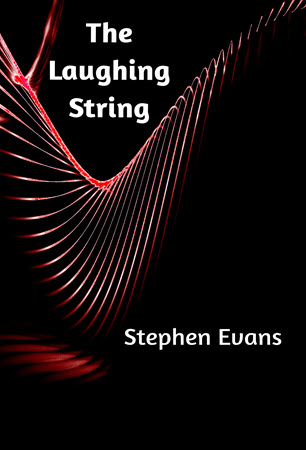 This is how my plays are written.

I was feeling pretty down today and not at all like writing but I opened the laptop and looked at some of my works in progress. I usually have three or four things working, so I don’t get bored with any one in particular.

This is the kind of in-depth planning characteristic of my work.

Tags:
Dramatic Structure how-to plays theater writing
Tweet
Recent Comments
Rosy Cole
That's typical writerly in-depth planning for many! I'm a great believer in writing yourself into the zone, as was Jane Austen, fo... Read More
Tuesday, 01 November 2022 13:56
Stephen Evans
I have always tried to do the first draft as fast as possible - knowing there are many more to come.
Tuesday, 01 November 2022 22:22
201 Hits
2 Comments 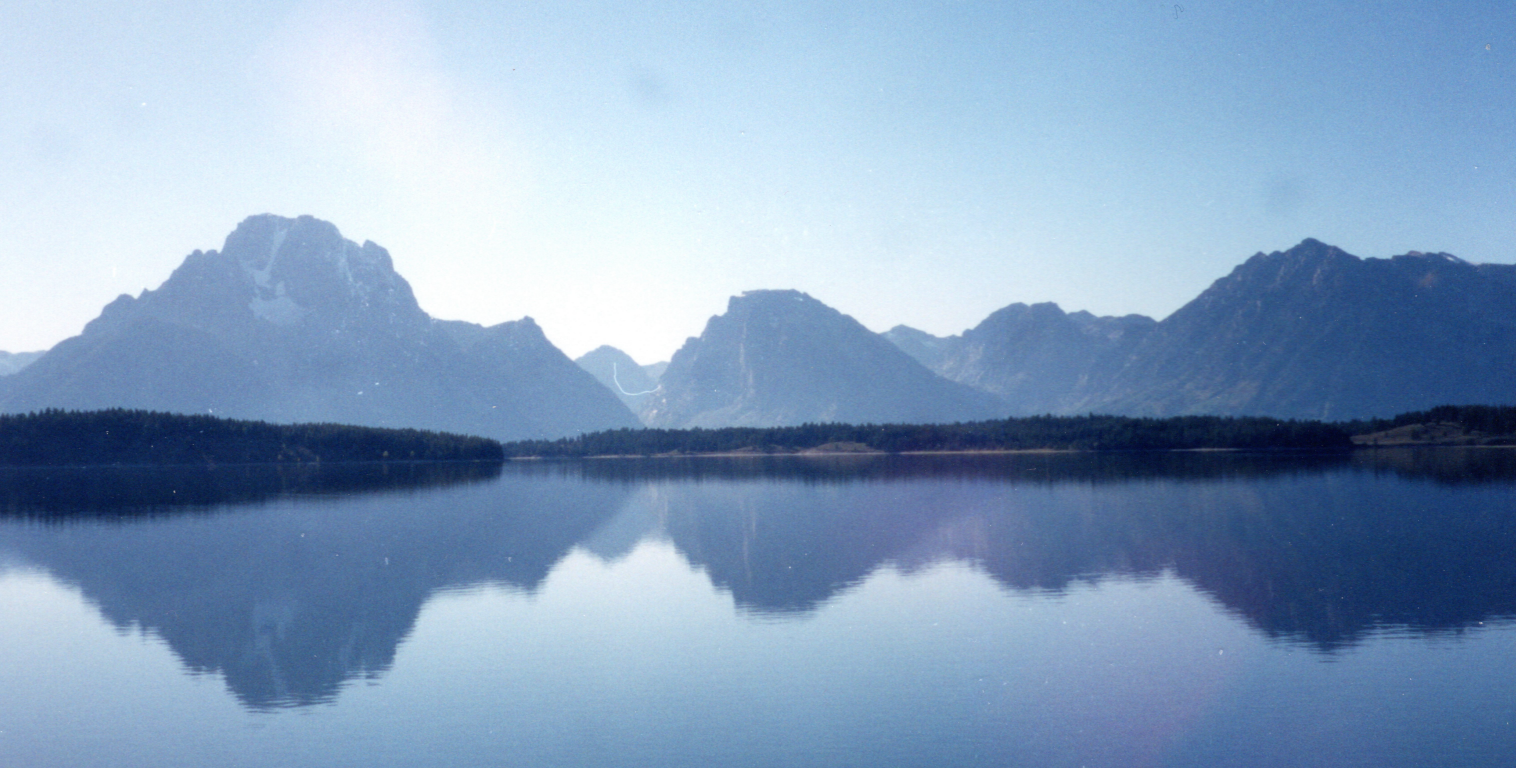 I have posted some pictures from my trip across America, along with excerpts from the book (A Transcendental Journey Twenty-Fifth Anniversary Edition). Here are the links (in order) in case you missed any:

The Walls of the World

Full Many a Flower

A Wink of the Universal Eye

The Gifts of the Wizard

Every End is a Beguinning

The Anatomy of Morning Coffee 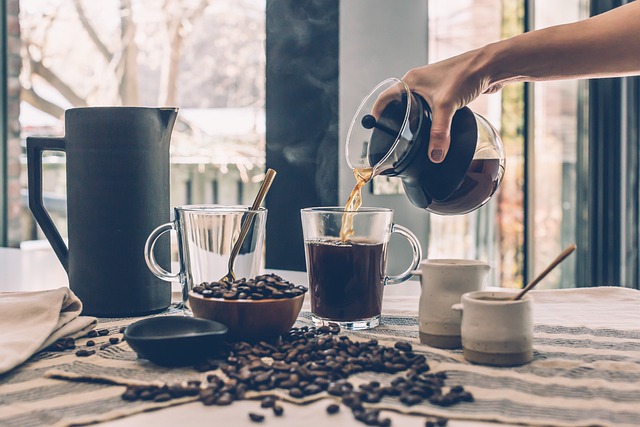 First, there is water.

I don’t want to waste my morning coffee taking pills.

Then coffee, often carafe-aged for 24 hours, because I don’t drink a whole pot in a day. A dash of fat free half and half, then 1 minute in the microwave.

My parents drank Luzianne coffee with chicory sold in cylindrical metal containers, though as far as I know they had never been to New Orleans. Later, they drank Folgers decaf in large green plastic containers that looked like laundry detergent. It cost less, and by then money was tighter.

My mother drank hers in the morning, hot, from a cup that said Tennessee is Udderly Delightful. She had bought it on a road trip with her best friend Ann to Asheville, North Carolina, which meandered over the Smoky Mountains into Gatlinsburg, Tennessee.

My father drank his hot in the morning, then cold the rest of the day. In the summer when I was growing up, he would have a large mason jar filled with ice and coffee as he was mowing what little grass he could get to grow in our yard. Later, he had a tiny purple cup that held less than most coffee cups. I don’t know why he drank from that—it shall remain a mystery to the end of days. But it was easy to knock over, of which the coffee stains on the carpet are evidentiary proof.

I like to drink my coffee, hottish, from clear glass cups, so I can watch the cream swirl into the darker liquid. I find the patterns endlessly fascinating, a metaphor for something, though I haven’t yet figured out what. If I ever go back to college, I will study fluid dynamics. Unless there is math. Then maybe art history.

I never drank coffee until I got married, and my wife made it in the morning. But it didn’t become important to me until we moved to Minneapolis with its wonderful coffee shops. Eventually, I left Minneapolis, but coffee (if little else) stayed with me.

Coffee is a leitmotif in my short novel The Marriage Gift. Here is an example:

James walks over to the vendor. There is no line.

The Vendor shakes his head.

Vendor
We don’t have coffee.

Vendor
It's a fluid market.

Coffee is a fluid.

Vendor
Actually coffee is a suspension and an emulsion.

My novels are a compendium of perspective just like this.

I used to drink whatever coffee caught my eye at the grocery store. Now I order Community Coffee off the internet. I imagine it tastes better. Perhaps it does. There is expertise in most things in life, not to be disregarded.

Once I mistakenly ordered whole bean coffee instead of ground. Then I had to order a coffee grinder, which cost much more than buying new coffee. I eventually decided that the enticing aroma of newly ground coffee was not worth waking everyone for four blocks around me. So I am once more grounded.

The ritual of morning coffee is a celebration of living. Dionysian in intensity. Apollonian in joy. One more night is over. One more day is given.

Morning coffee is also an allegory of life.

Image courtesy of rahulsankraft on Pixabay.com.

Twenty-five years ago, I left home on a cross-country road trip that somehow changed the direction of my life.

A Transcendental Journey was the first book I wrote, though not the first published. From time to time, I have shared some excerpts here with my Green Room friends. The Twenty-Fifth Anniversary Edition, with a new afterword, is available today.

Rosy Cole
A House Not Made With Hands: (3) A Mystical Ingredient
How the story began...continuedFrançois André Vincent 1798"Plough a straight furrow, lad," William's father would counsel. "Fix your eye on the far si...
0 comments
Read More

Rosy Cole
A House Not Made With Hands: (2) Where The Spirit Leads
...continued  "Ah, Leicestershire," sighed John Wesley as his mount kicked over a stony track, "where I always feel such liberty and see but lit...
0 comments
Read More

Nicholas Mackey
A Visit To Ireland in September 2018
As an expatriate Irishman now based in London who has lived out of Ireland since 1979, I have been back many times over the years but a trip completed...
1 comment
Read More

Rosy Cole
A House Not Made With Hands: (1) On Moody Bush Hill
This is the reimagined true story of one community's struggle to bring New Jerusalem out of the clouds during a quarter of a millennium of radical cha...
2 comments
Read More

Rosy Cole
All Hallows' Eve
Artist unknown   All-presuming is the nightand thin the treaty with the lightA fitting canvas for the deedsof those whose wit...
2 comments
Read More

Rosy Cole A Winter's Walk
04 December 2022
Yes, Monika's interesting posts from the other hemisphere can sometimes have that effect. The light ...

Ken Hartke A Winter's Walk
01 December 2022
Thanks for visiting this old walk in the woods. I guess I am addicted to seasonal changes. I would n...

Rosy Cole A Winter's Walk
01 December 2022
A vivid taste of December in distant latitudes. Thanks so much for sharing.

Stephen Evans A Visit To Ireland in September 2018
30 November 2022
Looking forward to the next installment - have always wanted to visit.