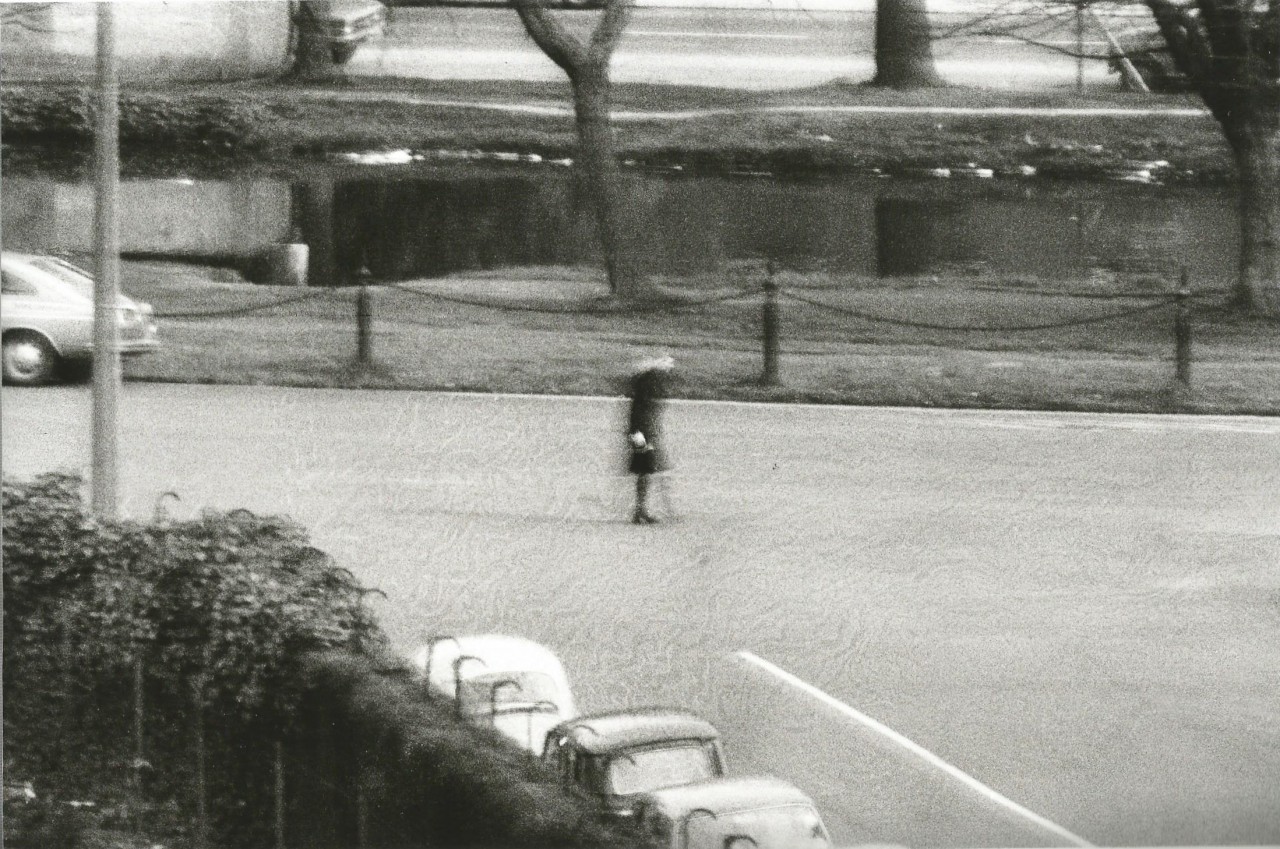 impatient as a virus

on what comes next

the tyranny of now

where have all the nows gone?

the museum of now but

But really what is

and how will the future

P.S. The photo is one I took in 1973 of a solitary figure walking on Wilton Terrace by the Grand Canal near to where I spent my childhood in Dublin, Ireland.

a pandemic verse (written late at night by the River Thames)

grim tide
merciless
as we fight
a killer virus
while devising universal unity.

Tweet
Recent Comments
Rosy Cole
Good to see you, Nicholas, and that you wanted share your poignant poem with us. Tragic though this crisis is, it does give us a... Read More
Saturday, 04 April 2020 18:20
Nicholas Mackey
Hi Rosie, I appreciate you taking the time to comment on my poem and thank you for your kind thoughts. Stay well. Nicholas... Read More
Tuesday, 07 April 2020 12:54
241 Hits
2 Comments

Download This Track
Artist Name - A-Brief-Brexit-Daydream-12.33pm---Friday-19th-April-2019-1.m4a
As I sit here in a greenish part of London overlooking the Thames, I ponder on the Magical Lost Kingdom of Brexit Forever/Never Never Land as it continues on its unending spiral of self-flagelation, I find my mind drifting back nearly 50 years ago and recall with a smile idyllic family summer holidays spent on the alluring rugged beauty of the Donegal coastline in the far-flung north-west of Ireland. Brexit fades from my consciousness and I can hear the wild Atlantic Ocean breaking on the shore, sea birds are flying overhead and the sunlight dances on my deserted sandy beach that stretches for miles and miles and miles. I remember James Joyce at this point when he pondered, 'Am I walking into eternity along Sandymount Strand?'

Happy Easter
Tweet
Recent Comments
Rosy Cole
In transporting landscapes, I have sometimes had the same thought as the one you cite here by James Joyce. Have to confess, though... Read More
Saturday, 27 April 2019 15:23
Nicholas Mackey
Rosy you are a gem to comment in the way that you kindly did as I needed something, anything to help me escape the 'doom-burdened ... Read More
Sunday, 28 April 2019 14:58
Rosy Cole
Thank you, Nicholas :-) The point about vocal telling of stories is important and interesting. Our early ancestors - and even thos... Read More
Saturday, 04 May 2019 16:13
721 Hits
3 Comments

With the emergency repair works to fix the serious roof leak in the Houses of Parliament proceeding, it would appear there's been a blip in the security of the place as you may have seen a tweet from our Glorious Leader that a  pandemonium (apparently that's the correct collective term for a group of these blessed creatures) of parakeets has taken up residence within the House of Commons no less.

It's been quite difficult to gauge numbers of these feathered invaders but officials and MPs who have bravely ventured into the chamber believe that there are upwards of 40 of these birds careering wildly about the place making an unholy racket. It is thought the parakeets got in when one of the large windows in the building was left open for a while.

A number of people who have seen these parakeets have noted that these birds are decked out in a coloured plumage of red, white and blue with a design akin to the Union Flag and furthermore. these birds have been heard 'speaking' English using a weird mix of a cut glass accent laced with what sounds like Yorkshire slang - according to some reports.

These parakeets have also been observed to be well clued-up on Brexit and are given to squawking out slogans and expletives in connection with Brexit unfortunately using the most profane language of a richly textured kind - I would not wish to cause any offence by repeating here some of the obscenities that have been made but I'm sure one's imagination can fill in the gaps as it were.

News sources - in whom I have complete trust of course - surmise that it is conceivable that these parakeets were domestic pets of a UK government minister or well-known Tory MP and have escaped captivity.

Suspicions are now being aroused that these parakeets escaped from the home of a bespectacled  public figure with impeccable finesse and mode of speech to match his élite Eton education who is always smartly dressed in Savile Row suits albeit in the fashion of half a century ago as some of the birds have been heard to squawk the following which I am happy to quote here as being less offensive,

And also, "Aye, Reez-Mugg forever, aye Reez-Mugg for PM ee by gum" - although the parakeets seem to have something of a pronunciation hiccup with names but the real puzzler is where the parakeets' fluency in Yorkshire dialect has sprung from.

If indeed these birds have escaped from their place of residence supposedly from this well-known conservative Conservative as surmised above, it is now a challenge for the parliamentary authorities as to how this problem will be resolved and the parakeets returned to their rightful owner.

If I receive any further reports on these pesky caterwauling parakeets I will be in touch as I thought you should be kept reliably informed of developments.

Tweet
Recent Comments
Rosy Cole
Spot on reportage! Who needs Laura Kuenssberg? (No, really!) It was rather disturbing, too, how the purple and yellow ones had rea... Read More
Sunday, 07 April 2019 14:25
Nicholas Mackey
Thanks Rosy for reading and commenting on my doggerel. This entire Brexit process lends itself to satire and ridicule of a most ex... Read More
Friday, 19 April 2019 09:55
592 Hits
2 Comments
Previous Next
1 2 3 4 5 6 7

Monika Schott PhD
That kid
Mopping my floors is a time consuming, mundane job when most of what we walk on in our home is polished wooden boards. No one’s home on this particul...
4 comments
Read More

Monika Schott PhD
Quiet strength
She sobs, walks in a wallowing of bowed head. Her pace is steady. Purposeful. She forces him to walk in front of her, so he’s walking backwards while ...
2 comments
Read More

Rosy Cole
Every Leaf In Springtime
It’s been the darkest winter I can remember, skies uniformly leaden, the earth deluged, the nation divided, and the world angst-ridden in the throes ...
4 comments
Read More

Rosy Cole The Problem
03 June 2020
Am somewhat bemused by how this can be validated or proven.

Stephen Evans Quiet strength
25 May 2020
"Acceptance of the polarity of life" -a phrase rich in meaning.